Which Genre to Write as a Beginner Screenwriter? 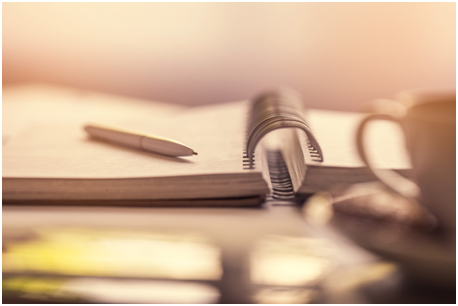 Which Genre to Write as a Beginner Screenwriter?

The first ingredient in the recipe for a good movie is a good script. As a screenwriter, one would wonder what genres successfully make it to the big screen. However, Hollywood movies have taken a turn over the last few years. We see more remakes, sequels and adaptations of comics and books. With this changing tide of movies that make it to the big screen, there is a need of different screenplays compared to the previous years. Also, streaming services like Netflix and Disney+ have changed the climate of accessing content. Therefore, producers actually need screenplays now in order to attract people to the cinema while earning a large sum in profits.

Writing a screenplay is hard and selling a screenplay is harder! Don’t get scared we have a solution for you. Well, the trends are changing, and writers are adapting accordingly. Unfortunately, that means the genres you love to write, may not be the ones you’ll see translated on screen for a while. Hence, you will have to adapt and work on the genres that are the most popular. So, what are they?

A good starting point is to read screenplay treatments or full-length screenplays online. Similarly, check which movies had hit the biggest numbers in recent years to write accordingly. Here is a list of genres that will help you write a screenplay that sells.

One popular genre that seems to bring people to the cinemas and that generates profits while being produced on a low budget is horror. Therefore, many people are interested in buying a horror script. According to film data analysts, horror films were able to be a breakout success with the likes of Paranormal Activity 2 and The Devil Inside amongst others being extremely profitable too.

Talking to TheWrap, literary manager Jake Wagner said that the genres most likely to work right now are action superhero, horror and animated family movies. However, a screenwriter may only be able to write a spec script in the horror genre which are unfortunately low budgeted therefore, the screenwriter gets paid less too.

After horror, the most selling script genre is contained sci fi. Examples include the likes of Ex Machina, Primer and Alien. Following that is another popular genre Romantic Comedy. Examples of successful films include Love Simon and How to be Single.

Writer of GoIntoTheStory.com Scott Myers researched that out of 40 spec scripts that were sold in 2018, about 10 were science fiction. Following up close were drama and comedy films with 9 scripts sold. While the horror genre saw four scripts sale, four thriller scripts were sold too. The rest were three action films and one family genre.

Therefore sci, horror and romantic comedy go closer and are few of the genres that are most in demand.

In an interview with TheWrap, Alex Rincon mentioned that many people are interested in action films and are buying action scripts. There are live action family dramas in developing process alongside musicals too. Hence, a good market for action genre movies exists.

Surprisingly a popular genre in low budget films is feel-good religious movies. The niche with such movies is small but they do end up gathering an audience in North America. Moreover, word of mouth is powerful when it comes to generating popularity for a film and this does work for religious communities. The most successful from this genre were Courageous and Fireproof.

Dramas also happen to be a popular low budget genre. Examples of successful movies include, Blue Valentine and Fruitvale Station

2020 is the start of a new decade and with this beginning there will also be a change in the climate of scripts accepted and produced in a movie in Hollywood. Trends keep changing and we see different genres across the screen in a short time span. While adaptations of comics and sequels dominate the box office right now, there can be real life drama, romantic comedy or sci fi movies dominating in a few years. As a scriptwriter the issue is to adapt. While screenwriters may love to write one genre and excel at that, that may not be the genre that filmmakers want to see on the big screen or what the audience would like to see given the trends, buzz and hype around one particular genre. Just like comic adaptations were very integral in the previous decade, audiences waited for the next installment. Hence, one genre could be seen generating more hype and eventually more profit. But screenwriting isn’t limited to hype but being able to generate more with less investment. That is why horror genre scripts were preferred with their limited settings and ability to carry the story, hence the movie without the need of a bigger star.

2020 will hopefully bring new genres on the surface so that people who like genres other than the ones mentioned will be able to go to the cinema more often. The ending of last decade also brought international films to the spotlight like the Golden Globe Award Winner Parasite. This will allow scripts other than the formulaic ones found in Hollywood to expand and encourage likewise different stories, cultures and actors across borders. So, keep the trends in mind and start writing your scripts. Keep an eye on upcoming movies and what scripts are actually making it to the screen. Likewise, remember these tidbits given above regarding what genre’s scripts were most sellable in the last year. This will be able to make you sell your script and see it translated on the screen sooner. So, gear up and get your script written.