The “Supportive Friend” in Screenplays 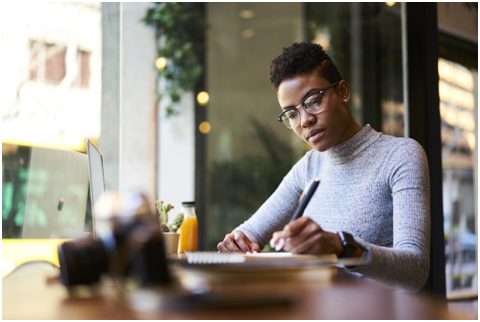 The “Supportive Friend” in Screenplays

Every strong or striking protagonist needs a sidekick of sorts: the “supportive friend” that pushes the protagonist to go the extra mile. They aren’t the main characters, they are definitely not the antagonists. So how come when they come into the scene, they become so lovable and relatable?

When you’re attending screenwriting workshops or learning from industry experts, it’s common to be advised to think about the relationships of your characters in the story- who are they interacting with? Who are they opposing? And very importantly, who is their best friend?

You can see it in hugely successful franchises: Spongebob and Patrick in Spongebob Squarepants, Hans Solo and Chewbacca in Star Wars, Harry and Ron in Harry Potter that protagonists and their friends/sidekicks play an important role in the character growth and plot.

The loyal friend’s distinct personality becomes a part of the movie’s appeal. These archetypes are known as “caregivers” in screenwriting language, because they push the protagonists through the conflicts while maintaining an ethical base and making sure they stay true to themselves. An example of this would be Frodo and Sam in Lord of the Rings. Sam ensured that he was there to support Frodo throughout the conquest of destroying the ring, but also protected him fiercely from doing the wrong thing and allowing the ring to take over his character.

They are, essentially, the voice of reason.

These caregivers are not a shortcut to maintaining a complicated storyline, they serve an important purpose. In some genres, they are comic relief or the butt of the jokes even in uncomfortable or intense situations. Take Mia and Lilly in Princess Diaries. Mia was going through a lifestyle change that forced her to question who she was and navigate who she was becoming, and Lilly was that relatable character that symbolized Mia’s change in priorities. These characters become a very significant part of the plot.

The protagonist relies on the friendship to stay in character, stay on track and achieve their goals. Even when conflicts and temptations come in the way, they ensure that the protagonists morality is in place, his values are in check and that he is staying true to himself. In Mulan, you had different versions of the “loyal friend” e.g. Mushu, the horse and the cricket. However, Mushu’s role was there to keep the protagonist on the right path, empowering her and caring for her throughout.

Having a caregiver does have its Weaknesses and Strengths.

The supporting character cannot hold its own fort. They don’t have the confidence to deal with intense situations and conflicts and rely on the heroic protagonist to steal the show. When Sam in Game of Thrones is faced with a trivial situation, Jon Snow usually takes the lead in making sure the battle is won. Ron from the Harry Potter series was always in the back burner, something that was addressed in the later films.

However, even though the weakness is there, this can be taken positively too. Just because the loyal friend doesn’t have the brute strength to win the fight or to change the game, doesn’t mean they can’t play an important role in the plot or the genre of the film. Their intellect and humor can become just as integral to the entertainment aspect of the film. Check out some sample screenplays to see how the supportive friend can be integrated into the plot in different ways,

Caregivers are kind, generous and perceptive. For some reason, they always have a sixth sense when it comes to antagonists and evil characters. Since they are such loyal characters, the protagonist is drawn to them and their natural instinct to help. Having this character can mean having that extra help in the script to keep the protagonist on track while maintaining an extra humorous or relatable character that the audience can enjoy.

Keeping these qualities in mind, it’s important to ensure that the protagonist and the caregiver are not confused and are easily distinguishable.

You never want the loyal friend to become stronger than the protagonist. Ensure in your screenplay treatment that in one way or another, the loyal friend is on the back burner of the plot or does not have enough strength to overpower the personality of the main character. It can cause confusion about the plot of the film- who is this really about? Whose journey are we on? Who should we really be rooting for?

What you can also explore is how the loyal friend can become a value addition in your film- by pairing them up with additional characters. If you have a bad boy/rebellious girl in your story, pairing them with your caregiver is an interesting way to add dramas (considering the contrasting personalities). Since the caregiver is always so approachable, loving and loyal, it would create drama and tension to pair them up with a rebel. Adding this layer of excitement can also help in selling your screenplay to producers who can understand the depth of the characters relationships.

Similarly, if you have a seducer in your story that is there to interact with the protagonist, you have an immediate advancement of drama and intrigue since the caregiver is there to constantly be warning you.

These pairings can add more levels of characterization and plot to your screenplay.

A slate board is a tool which helps you in keeping track of your progress, the variation of ideas that you have and it also tells you how much work you have finished or brought towards completion. You will not get stuck over one project and will feel responsible for completing the other projects as well. Make screenplay evaluation a part of your routine as well to put out the best content. Building a slate board is perfect for keeping yourself in check.

Having a lot of ideas in your slate to work on can get overwhelming at times, you just need to make sure that you do not get too obsessed with completing everything at once or if anything does not work out then just move on to the next idea in the order. Not every idea is bound to work but do not beat yourself up over it, move on to the next great thing.

Thinking about how to sell a screenplay is a great way to amp up the quality of your product and how you approach an idea. Targeting people’s interest and presenting unique ideas is how screenplays become successful. 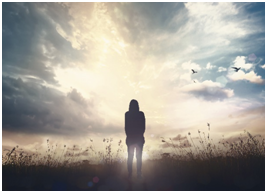