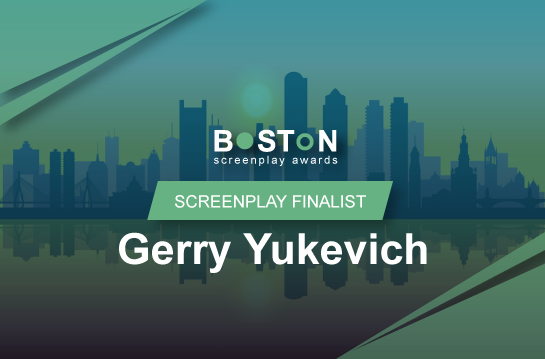 My profession is author/country doctor. I have two novels just published and to be presented at the London Book Fair in April.

Living on Martha’s Vineyard and practicing medicine here, I realized it would be an excellent spot as a scenic backdrop. The dichotomy between summer residents and the local yeomanry has always fascinated me, and I thought a psychological thriller about a psychiatrist considered an outsider would be compelling, especially when he is wrongly accused by the locals of bringing about the death of a beautiful artist.

The idea started with rough notes. I took two screenwriting courses and read half a dozen books about the format. All in all, it took me about 6 years to produce the current draft of Death Dose.

I’ve always enjoyed films. I’ve written several plays and a novel and decided it would be fun to try a screenplay. I did not realize that it would take so long to learn the dynamics, and I had to trim back my novelistic tendencies to perfect dialogue, pace and subtext.

Who are your biggest filmmaking/screenwriting influences? What about their style do you like?

Have you ever been obsessed with a movie or TV show? If so, which one? Why? The Bridge over the River Kwai. The role of the doctor in that prisoner of war camp strongly influenced me to become a doctor.

What’s your favorite moment in cinema history? Why? Pee Wee’s Big Adventure. I love the color, the constant sense of amazement, and the depiction of interesting, if camp, characters. A lark of a show chock full of irony and mirth.

Terry Malloy in On the Waterfront. Because he considers himself a bum but changes into to a heroic figure.

Jesus Christ, of course. I would want to know if he were schizophrenic or not.