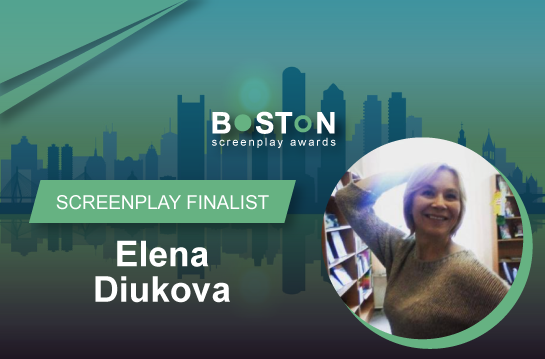 My name is v. I was born in USSR, now known as the Russian Federation. I have  lived in the Urals in the city of Perm. Now I live in Canada, in the province of Alberta. My hobby is writing.

I was a contestant in a scriptwriting on-line competention. I was  tasked to write a thriller according to a given logline: Parents leave a little daughter alone at home and an unexpected guest visits her. I thought the theme of blood feud and madness was best suited for a short thriller. I had one week but I wrote my first draft in 3 days.

When you have interesting characters and a story that excites you, then the script is written by itself. There is a feeling that you are watching a ready-made movie. It remains only to record what is happening.

A few years ago. Before that time I wanted to become a writer. But I wrote my first script in school.

I realy like the irony if the Cohen brothers. Many American films are full of irony and self-irony. This quality appeals to me the most.

My favorites are The Fifth Element and Dexter.  I kike them because the strong and unusual characters create interesting stories. I would like to find the same character for my writing.

The emergence of cinema. Without this, nothing would have happened.

Charlie Chaplin. He could tell any story without words.

William Sheaksper. I would ask him how an inspiration comes and where to look for great stories.