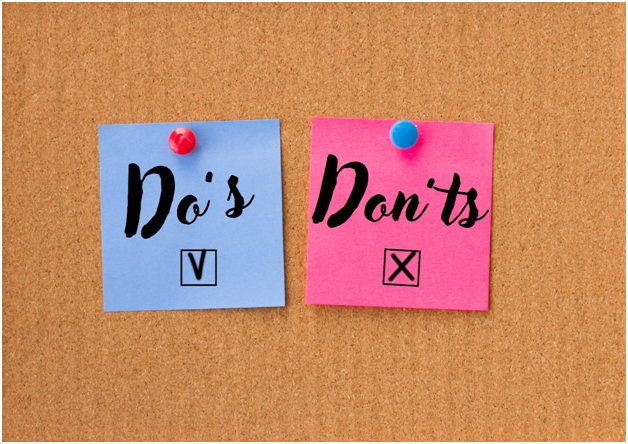 Nailing your screenplay format is a task that can be daunting at first but is an absolute necessity for any screenwriter intending to start a screenwriting career. A proper screenplay format entails many different elements, scene headings, caps, spacing, etc. But first things first: the title page. The title page is your screenplay cover page. Literally what is seen first, the title page is your chance to send a good first impression to your script readers. And with the current rate of script submissions, it’s better to make a good impression rather than give agents, managers, or producers a reason to ditch your screenplay before even flipping the first page.

For any screenplay, title page formatting is a crucial aspect that requires a screenwriter’s attention. The title page is not just a cover for your script. It provides important information about you and your work so complying with screenplay format rules is necessary. Let’s break down all those elements and cover the major do’s and don’ts when it comes to the title page.

The first thing that will grab your reader’s attention (or possibly turn them off from reading at all) is your screenplay title. Naming your screenplay can be a tricky business. You want an original title but you also want it to be marketable and catchy. If you catch yourself wondering whether or not you should include images on the title page to spice things up: stop. Don’t include any images on your screenplay cover page. That’s just a waste of toner.

If you do want to get creative, you can opt for a different font for your title page. Industry standard is Courier New but there’s no rule against using a different font. Just make sure everyone can read it. Avoid cursive fonts or elaborately designed ones that have extra symbols or unclear o’s and i’s.

Writing credits can vary depending on who did what. As per screenplay format rules, normally, right below your title, “Written By” would be placed followed by your name. However, if there are collaborations or adaptations, there will be more information needed. If there are multiple writers on the team, use the ampersand sign and add their names. Why an ampersand and not a fully typed out “and”? Usually, when the word “and” is used to list different writers on the title page, it means those writers worked on different drafts of the screenplay, but not at the same time.

How to definitively tell if a writer should be credited or not? A screenwriter must at least write 33% of a screenplay to be credited on the title page. Depending on the contribution, writers’ names are arranged accordingly.

If the story concept was created by someone other than the screenwriter, there should be a separate credit for that: “Story By” which is then followed by “Screenplay By” to distinguish who came up with the concept and who did the actual screenwriting. Of course, these two credits can overlap if one person was involved in both processes.

This section of your title page is important because it provides a way for you to find out if a script reader found your screenplay interesting and wants to contact you.Depending on whether or not you have representation, this section can vary. In the case that you are represented by a real – stressing the word‘real’ here because you should definitely abstain from writing fake information just to seem professional – agent or manager, add their contact information on the title page. That includes their full name along with the name of the company they work in followed by their e-mail address and phone number as well.

If, however, you are not officially represented by anyone, you should use your personal information (name, e-mail address, and phone number). You don’t need to include your mailing address because it’s an obsolete method of communication that no one uses anymore. Not to mention, if you happen to reside outside of Los Angeles, your address may slightly discourage script readers from reading or seriously considering your script. There’s nothing wrong with being based in another state but industry insiders usually prefer screenwriters in the vicinity for ease of communication and meetings. To play it safe, don’t include your mailing address and if you do get a call or an e-mail to set up a meeting, you can figure it out then.

There are many things that, if included on your title page, will immediately expose you as an amateur. When you submit your screenplay, title page contents are what convey who you are so don’t mess it up by breaking the rules of aproper screenplay format.Here are four things you should not add to your title page:

Draft dates are used to distinguish when a certain draft was written so producers or agents can follow through with hired screenwriters. Since your submission is a spec script, there’s no need for any draft numbers.

WGA registration numbers indicate that your script is registered at the Writers Guild of America but do producers or agents really care? These numbers have legal significance but that’s very far into your future so it’s not necessary to include them on your title page at this point.

Loglines are previously attached in your query letter, no need to repeat them on your title page.

Not only do taglines not belong on your title page, they actually don’t belong to you at all. Screenwriters don’t usually write their own taglines because the marketing team is responsible for that. Do not attempt to write one, do not put it on your title page.

Abiding by these screenplay format rules will ensure that at least your title page isn’t sending the wrong impression when a script reader picks up your spec script. But, as the saying goes, they probably won’t judge your screenplay only by its cover, so a good title page is but the first step on a long journey.